Offenbach 200: the Can-Can comes of age

As you may have noticed, this year marks the bi-centenary of Offenbach‘s birth and to mark the occasion we have put together a little, rather eclectic, display in the Anderson Room here at the UL. Never mind the Can-Can, how about a little toxophily instead? And before you ask, no, I can safely report that Hans Keller had nothing to say about this composer…so, it’s down to me then…

It’s not my intention to rehearse Offenbach’s life in this post as others have done this far more ably than I could possibly hope to both online and in print (see, for example Offenbach: his life and times by Peter Gammond [M517.c.95.129] or Offenbach and the Paris of his time by S. Kracauer [M520.c.90.83]). What I thought might be interesting and would also provide a good accompaniment to our little display is a look at how the perception of Offenbach by the musical establishment has changed over time. And how better to do that, than by considering obituaries and the entries in the various editions of Grove’s Dictionary?

Let’s begin with The Times which tries, for the most part, not to look down its nose, but is defeated in the end:

“It was for [the famous Bouffes Parisiens] that he wrote the innumerable burlesque operas and operettas to which he owed his wide-spread fame. However much one may deprecate his style of art, it would be vain to deny that Offenbach had a peculiar gift of his own…he combined a certain piquancy of rhythm and of phrasing, as individual to him as it was, in a different sense, nationally French. For, curiously enough, the native of Germany was more French than the French themselves…In his later works Offenbach began to repeat himself; his wit became coarse, and his vein of melody was exhausted…The libretti chosen by Offenbach are too frequently disfigured by a frivolous tone…It is very doubtful whether any of his works will survive, but his name will be remembered as a curious phenomenon in the history of art and civilization…”

H’mmm. Then there are the various entries in Grove’s Dictionary. The first clearly written before he died (the first edition of Grove was published between 1879 and 1889) and interestingly, it seems that the Times obituary was based on this article as there are some strikingly similar passages. The entry was written by Gustave Chouquet, then Curator of the Musée Instrumental du Conservatoire in Paris, and after a passage describing Offenbach’s career and listing his compositions, Chouquet sums up the composer’s musical style:

“–69 pieces and 143 acts, written in 25 years! Such astonishing facility implies abundance of ideas, rather than originality or fastidiousness. Offenbach’s melodies are often vulgar and often wanting in piquancy. He never hesitates to repeat a good phrase, or to break a rule [surely not a crime, most composers worth their salt do exactly that. SW], if any purpose is to be served by it; but this and other faults are much concealed by the bustle, gaiety, and extravagance of his effects, the frequent happy hits, and the strong natural vein of irony. It is melancholy to predict that of all these musical bouffonneries little or nothing will remain; since in order to live, a work of art must possess either style or passion, whilst these too often display merely a vulgar scepticism, and a determination to be funny even and the cost of propriety and taste…” 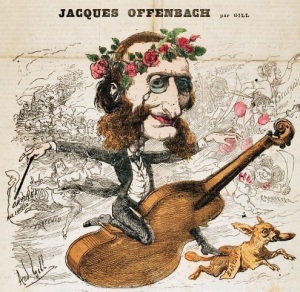 A caricature of Offenbach by André Gill

Tiens! Little changes during the course of the next three editions, but we do see a gradual shift in the perception of the composer’s legacy, particularly in the Third Edition, published in 1927, edited by  The Times chief music critic Henry Cope Colles. The bulk of the entry describing Offenbach’s life and career is basically Chouquet’s original text, but the additions give a more considered assessment of his legacy:

“After enjoying extraordinary popularity in London during the [eighteen] sixties and seventies, Offenbach’s music almost completely lost its vogue in England…‘Les Contes d’Hoffmann’ had to wait for popularity in this country until Beecham gave it at His Majesty’s Theatre in 1910. It is now (1925) a favourite in the repertory of the British National Opera Company. In Germany, and especially in Berlin, the tradition of Offenbach’s light-hearted and witty music has been more consistently preserved…”

So the tide, slowly but surely, seems to be turning in Offenbach’s favour. However, come the Fifth Edition, published in 1954 with Eric Blom as Editor we see still the same life-and-works entry by Chouquet but, perhaps, a bit of a backward step in the assessment of the composer’s legacy – there is, to me at least, a somewhat condescending tone here:

“The satire of Offenbach’s operettas lies entirely in their librettos and does not, as often in Sullivan‘s, become purely musical in the way of imitation or parody; but the music with which he fitted these pieces is the most genuinely comic ever produced by a composer in that line. The flippant librettos are matched with a musical frivolity that is in its way Parisian light entertainment at its best. In sentiment, however, Offenbach falls short of Johann Strauss [II], becoming merely maudlin in slow melodies; and in craftsmanship he is not in any respect comparable with Sullivan, though to his own purpose his flimsy but engagingly light and effervescent orchestra is perfectly adequate.” 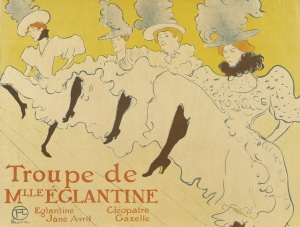 There is, however, a proper catalogue of Offenbach’s stage works, which, until this edition, have simply been listed by title and far from in their entirety. By the time the current (Sixth) Edition edited first by Stanley Sadie and then John Tyrrell was published, the article, by Andrew Lamb, an authority on light music and operetta, was completely rewritten with a fully considered assessment not only of Offenbach’s huge popularity during his lifetime but also the ‘disapproving comment…and lack of pretence at any elevated form of art’ from his contemporaries in the musical ‘establishment’ which includes – tellingly – a reference back to the attitude of the First Edition’s entry (see above). Lamb ends his article thus:

“More recently, the greater attention paid to the classical operetta since World War II has made the best of Offenbach’s operettas familiar again and permitted fuller appreciation of his standing as a master of operetta.” 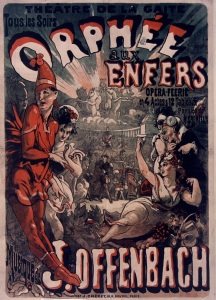 1 Response to Offenbach 200: the Can-Can comes of age