Life at the Pendlebury is busy at the moment, with a lot of revision going on and the submission drop box in constant use. My favourite thing about this term is quite possibly the many triumphant exam submission selfies that get taken in front of the drop box as students bid farewell to their coursework once and for all! In spite of the hustle and bustle of exam term, however, there are still plenty of things being added to library stock. This week on MusiCB3 we have a few new DVDs and CDs to show off…

Director John La Bouchardière uses Monteverdi’s fourth book of madrigals as the basis for a drama following six couples, whose relationships simultaneously unravel in a restaurant.

Performed by the vocal ensemble I Fagiolini.

“Although Elgar liked to try to persuade his friends that his light orchestral pieces and partsongs were ‘rot’, composed in order to pay the household bills, the truth is that he put much of himself into these smaller forms, which contain several masterpieces. […] The compositions on these recordings cover a span of time from 1889 to 1932, the forty-three years from Elgar’s emergence from obscurity after his marriage until his final almost silent years when, as Master of the King’s Musick, he preferred his dogs and going to the races to the world of music—or so he said. They are significant tributaries from the main stream of his larger works.”

“Containing a number of world premiere recordings, this album by the innovative College and Girls’ Choirs of St Catharine’s showcases the great and diverse wealth of recent new choral works, including works specially commissioned for the Choirs of St Catharine’s by Beamish (St Catharine’s Service) and Marsh (Missa Brevis: Collegium Sanctae Catharinae). Also included are a selection of Judith Bingham’s choral re-imaginings – thought-provoking meditations that each segue into the famous choral work on which they are based.” 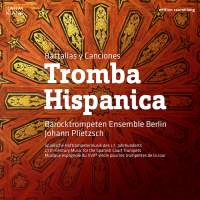 “This CD features 17th century music for the Spanish Court trumpets, and the pieces also use timpani, theorbo, baroque guitar, organ and percussion. Included are works by Kapsberger, Sanz and de Murcia. In these performances, we are given a small but dazzling glimpse of the high culture of the trumpeters’ art on the Iberian Peninsula.”

Standing in the shadows of Motown

This documentary by Paul Justman looks at the story of a group of session musicians known as The Funk Brothers – who played, often un-credited, for the record company Motown. According to the documentary, this group “played on more number-one hits than the Beatles, Elvis Presley, the Rolling Stones and the Beach Boys combined.”

A documentary about the group of Los Angeles-based session musicians The Wrecking Crew, who, like The Funk Brothers, were often un-credited on recordings. The Wrecking Crew recorded tracks for many hits and worked with groups such as The Beach Boys, The Mamas & the Papas, Simon & Garfunkel, and The Carpenters among many others.

This entry was posted in Uncategorized and tagged audio-visual materials, new aquisitions, Pendlebury Library of Music. Bookmark the permalink.