Programmes from the Hans Keller archive

It was Staff Club quiz time here at the UL recently (bear with me) and each team was asked to provide a name for themselves. We are blessed in the Music Department with a team member who has an unfailing ability to come up each year with an unusual and interesting title for us behind which there’s a fascinating story.
This year is no different and we are named for the “composer” of Mobile for tape and percussion by one Piotr Zak, whose work was “performed” by pianist Susan Bradshaw and Hans Keller, then Chief Assistant, Chamber Music and Recitals at the BBC and broadcast as part of an Invitation Concert on 5 June 1961. It was a notorious hoax and it seems, therefore an opportune moment to revisit the story.

Hans Keller, whose extensive archive is deposited at the University Library, was a key figure in British musical life from the 1930s until his untimely death in 1985.  He was recruited to the BBC in 1959 by William Glock, then Controller of Music, first as Music Talks Producer, then as Chief Assistant Chamber Music and Recitals, Chief Assistant, Orchestral and Choral, Chief Assistant Regional Symphony Orchestras and finally as Chief Assistant, New Music from which post he retired in 1979. A champion of the music of Schoenberg, a musician of strongly held, well-developed, unshakeable views always ably articulated in his many articles, letters and talks, Keller’s venture was intended to expose what he felt to be a growing absence of meaningful musical language in much contemporary music – to show that a spurious “composition” (in fact a series of random noises) could be taken seriously and that musicians themselves couldn’t necessarily tell the difference between the new and worthwhile (of which Keller was a stout and enterprising  champion) and the simply new. 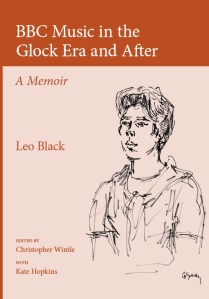 Leo Black, in his absorbing memoir BBC Music in the Glock era and after (Plumbago, 2010) explains what happened:

“Hans and Susan slipped into a BBC studio with a recording engineer to thrash about and concoct an entirely spontaneous and meaningless collection of percussion noises, which Hans then had broadcast on 5 June 1961 within a recording of a genuine Invitation Concert as Mobile for Tape and Percussion by one Piotr Zak. The composer’s name, he told me, originated with Harry Croft-Jackson, who as arbiter on the acceptance of unknown scores had of necessity to be in on what was otherwise a well-kept secret: he asked his Polish barber for the most typical Polish name, and that was what the man came up with.” [p.49] 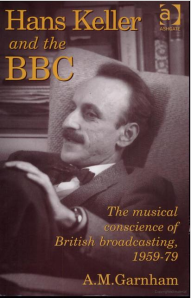 By way of introduction to the broadcast, Keller had prepared a detailed press release about the fictional Piotr Zak, presenting him as “one of the most controversial figures in contemporary music…the strong influence of Kagel, Stockhausen and John Cage can be felt on his music”. The “composition” itself he describes thus: “It consists of an electronic tape, against which two percussion players play music written down, but giving scope for improvisation. The tape exploits the full range of the aural spectrum, controlled by strictly measurable quantities – frequency ratios, velocity graphs and decibel indexes.”

The Zak experiment was presented alongside works by Petrassi, Webern, Nono and Mozart. There is a view that this was, in fact, something of an own goal because presenting the hoax in the context of such well-established composers would predispose listeners to think that Zak was indeed bona-fide and not an imposter, thus risking a perception that Keller was ridiculing all contemporary music, which was not at all the case. Damp squib or not, the episode nonetheless, I think, does much to make us think seriously about whether and/or where there is a boundary between music and sound.

A full and absorbing account of the Piotr Zak episode is given by Alison Garnham in Hans Keller and the BBC which, fittingly, she subtitles “The musical conscience of British broadcasting, 1959-79”.

5 Responses to Hans Keller, Piotr Zak and the BBC